0
Start How we support you Transports 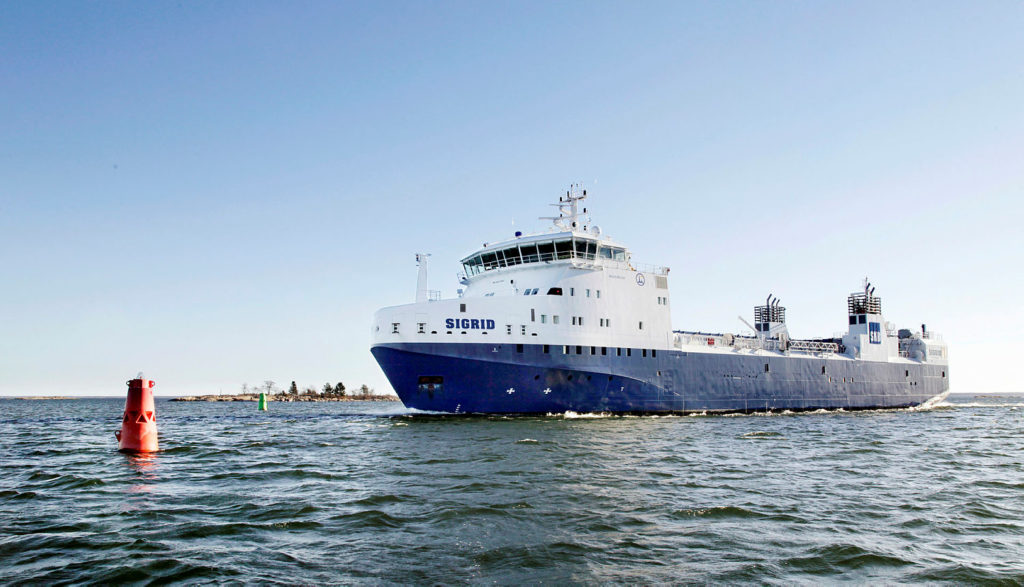 The Swedish nuclear waste Transportation system was taken into operation in 1982. Most of Sweden’s radioactive waste and spent nuclear fuel is shipped by sea from the nuclear power plants to SFR or Clab. SKB operates an overarching system that demonstrates the compatibility of waste packages and ensures the logistics and quality assurance over the whole waste chain, from production to final disposal. The transportation system comprises transport casks, terminal vehicles and a purpose-built ship, the M/S Sigrid. The terminal vehicles are used to transport the waste the short distances between the facilities and the ship.

The planning and activities of transportation are carried out in collaboration between SKB and the waste producers. The spent nuclear fuel is shipped from the nuclear power plants to Clab in casks with roughly 30 centimetre thick steel walls and cooling fins to remove the decay heat generated by the fuel. M/S Sigrid can accommodate 12 spent fuel transport casks at the same time for transport between the nuclear power plant and the interim storage facility Clab.

A demonstration of the transportation system shows that there are safe and efficient ways to handle and transport both spent nuclear fuel and a wide range of radioactive waste packages without any increased risk to workers, the general public or nearby residents.